A Secure Gateway to the World

Another step towards improved public service delivery. Directorate General Immigration & Passports has introduced e-Passport. Honorable Prime Minister of Pakistan, Mr. Imran Khan inaugurated e-Passport. On this occasion Honorable Minister for Interior, Mr. Sheikh Rasheed Ahmad handed over the first ever e-Passport to the Prime Minister. Almost 29 latest new security features have been added to the E-Passport according to the interior minister of Pakistan Sheikh Rashid. He also added that it would be the biggest up-gradation of Pakistani travel documents since 2004. Mr. Islam Zaib, Director General, Immigration & Passports briefed the Prime Minister about e-Passport.

Issuance of Ordinary e-Passport to the citizens of Pakistan and Overseas Pakistanis, from all field offices, is expected to commence soon.

The e-Passport is a highly secure travel document. It has an electronic chip embedded in one of the passport pages, which will be used to store biometric information about the holder. The chip contains data that will verify the passport holder’s identity and will include the biometrics of the passport holder, the personal data found on the data page of the passport, a unique identification number and a digital signature. An e-passport has a contactless (NFC) chip on it which means that those passports can be read electronically. The newly launched e-Passports in Pakistan are in compliance with the United Nations’ ICAO standards.

E-Passports are already in use in more than 150 countries worldwide. Several countries have switched to the e-Passport due to the increasing need for efficient and better border security.

Pakistan e-Passport holders can benefit from the e-gate facility at all airports around the world. It will also help eliminate all the hurdles in the ongoing manual system and will aid Pakistani applicants to process online applications conveniently. Since the e-Passport carries out various forms of security checks, extending benefits to overseas Pakistanis will ultimately benefit the country. 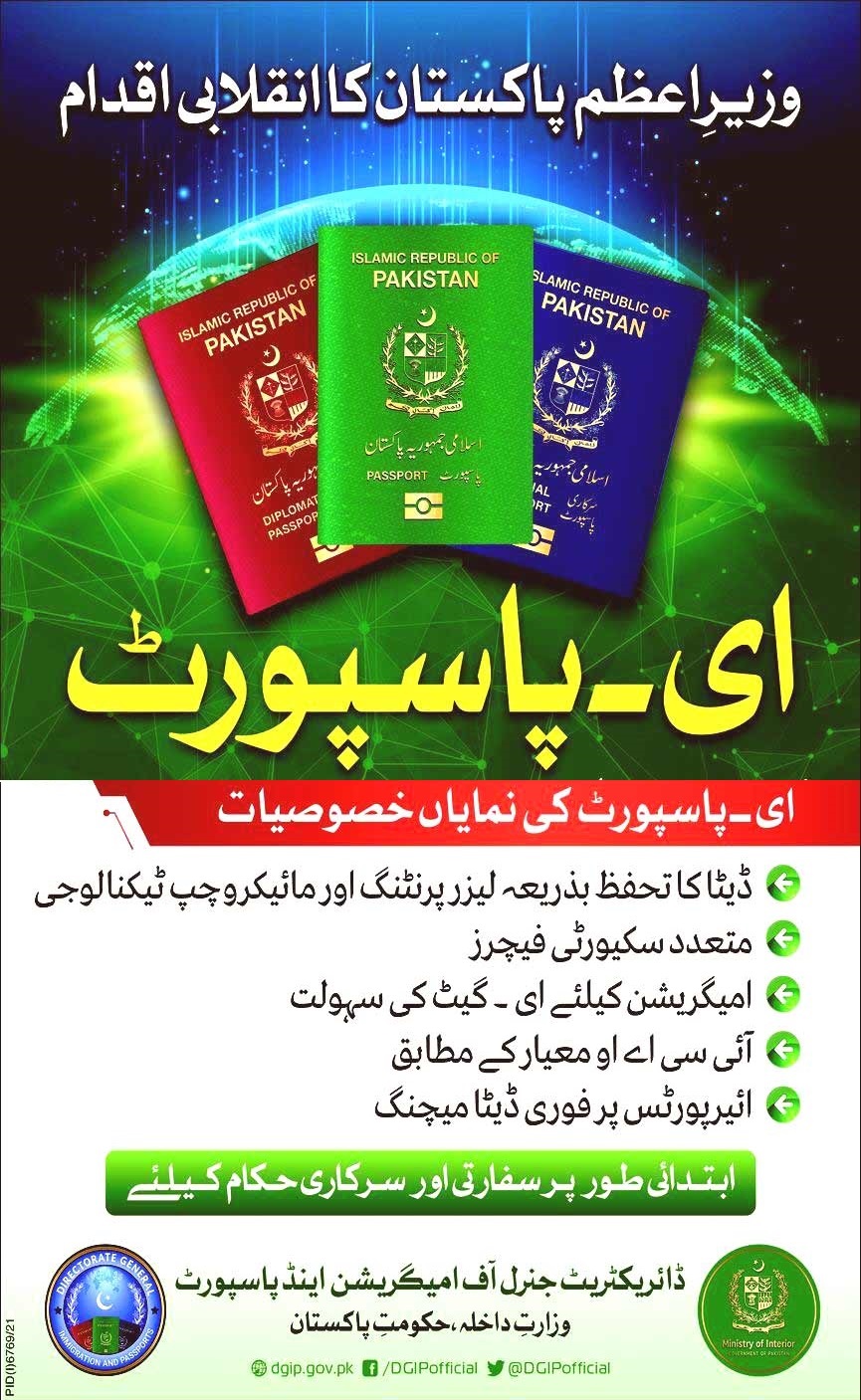